Confession: I always wanted to be Mrs. Frizzle from The Magic School Bus series. I wanted to snap my fingers and take my students to the places we were studying. I coveted her school bus that knows no limitations. And of course, I wanted her earrings! My “Mrs. Frizzle envy” began early in our homeschool years. In fact, it started with our very first literature book, Island of the Blue Dolphins. Midway through our unit study, I blurted in despair to my husband, “I wish we could take the kids to these islands.” He simply replied, “Why not? Let’s do it!” With those simple words spoken, a trip that we would never forget was set in motion. Fast forward twenty years… After homeschooling our children and then leading co-op classes for seven years, my desire to be Mrs. Frizzle has not waned.  My passion to bring the sights and sounds of good, no great literature to students is only increasing! And it keeps being fueled by my loving husband who keeps saying….”Why not? Let’s do it!” Wow! I love my man!

Last week, Here to Help Learning began the first official filming for our Literature program. And it is no coincidence that our first book is Island of the Blue Dolphins by Scott O’Dell. The story actually takes place on San Nicolas Island. However, at present San Nicolas Island is a military base and closed to civilians. So for filming, we chose another island in the Channel Island chain, Santa Cruz Island.

DAY 1: After weeks of story boarding, scripting, securing film permits, arranging boat transportation, and packing our filming equipment, we arrived at the Channel Islands National Park Visitor Center. We spent the afternoon filming inside many of the artifacts that are mentioned in the book. Our mission is to bring the rich vocabulary of this book alive! 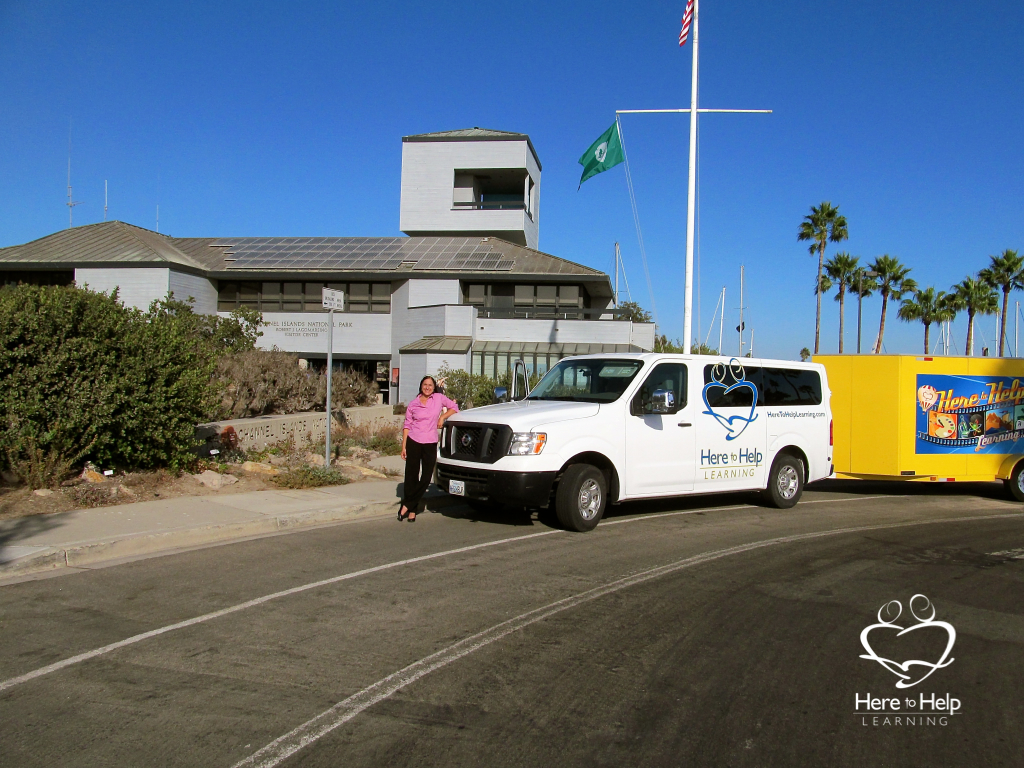 Day 2: The following morning, we unloaded our bags and film equipment dockside. There aren’t any stores on the island, so we also brought enough food for 3 days. Showers, flush toilets, and hot water are not available. And much to the despair of our CENs (Chief Executive Nerds), there are no internet waves to be found. I think the proper term is “roughing it”. 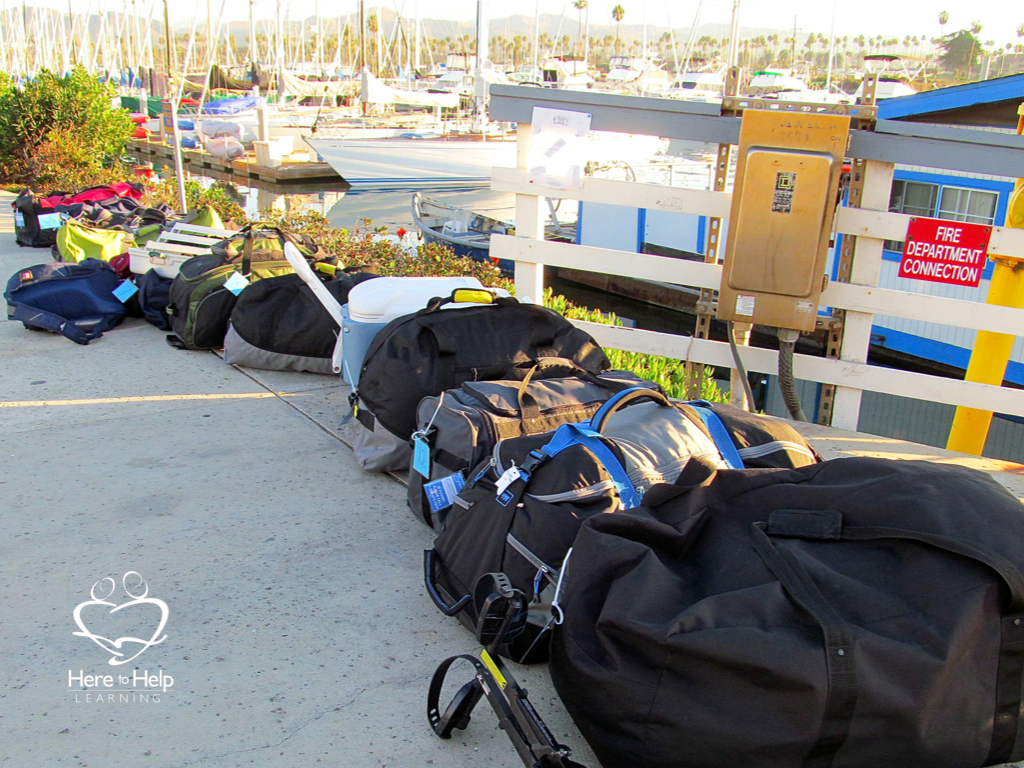 Island Packers provided our transportation to the Islands via the Island Explorer. 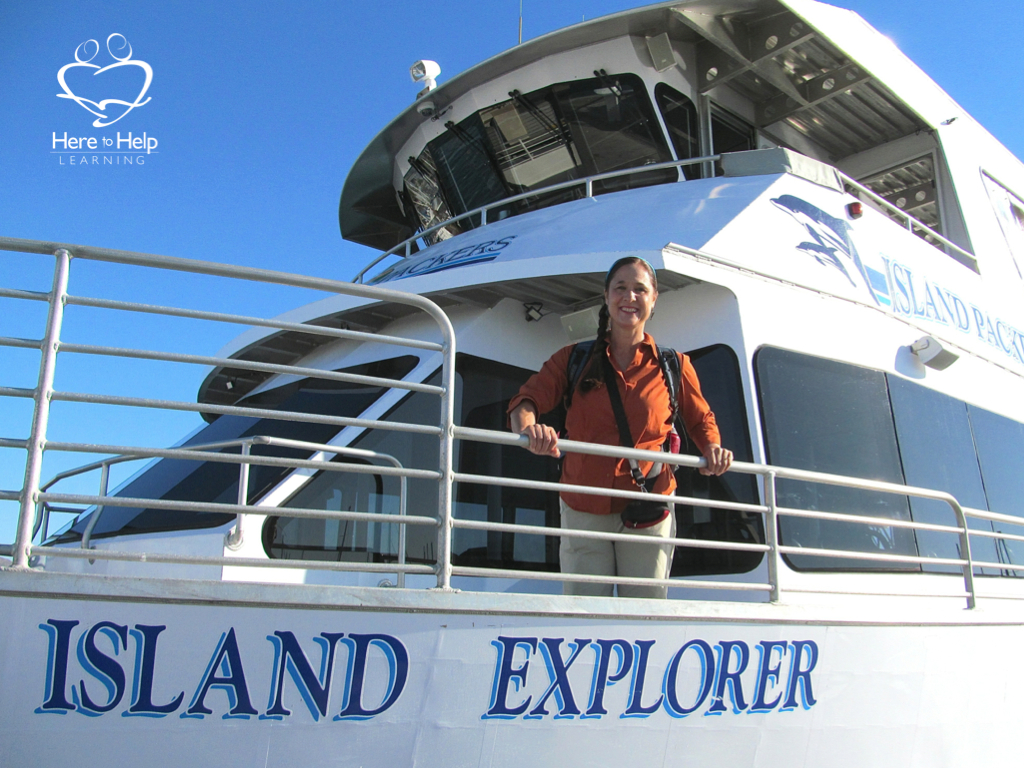 Thank you Lord! We were escorted to the island by a couple of pods of dolphins! It was a wonderful unexpected film opportunity! We always keep the script “loose” for blessings like these! 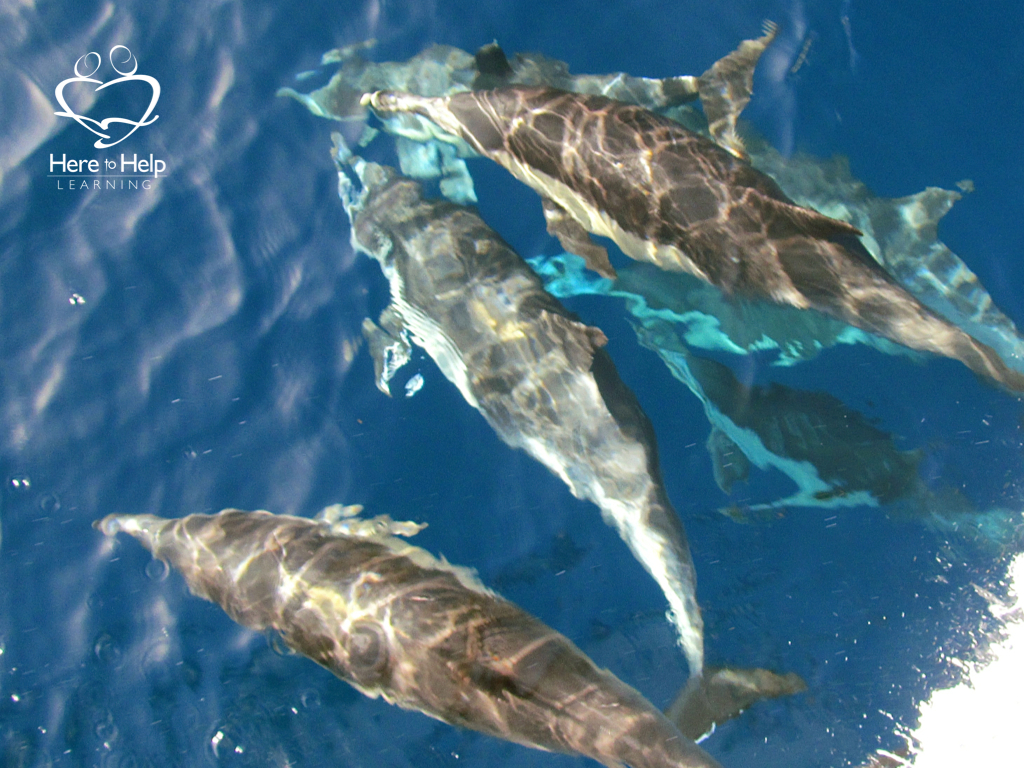 Santa Cruz Island is about 20 miles off the coast of California. It’s wild beauty captures the heart and imagination. 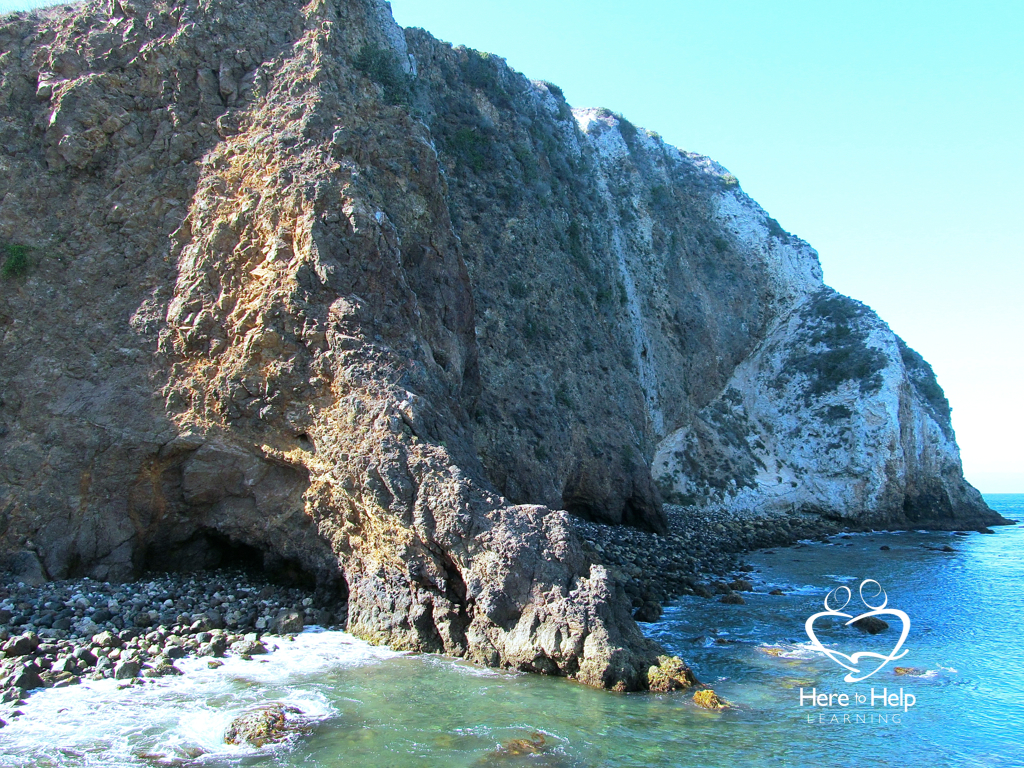 No time to lose! We hiked 1/4 mile to our campsite….. Yes, with ALL the equipment. We had to make a couple of trips! We unpacked, set up camp, ate lunch,  and then prepared to film the many sea caves that surround the island. 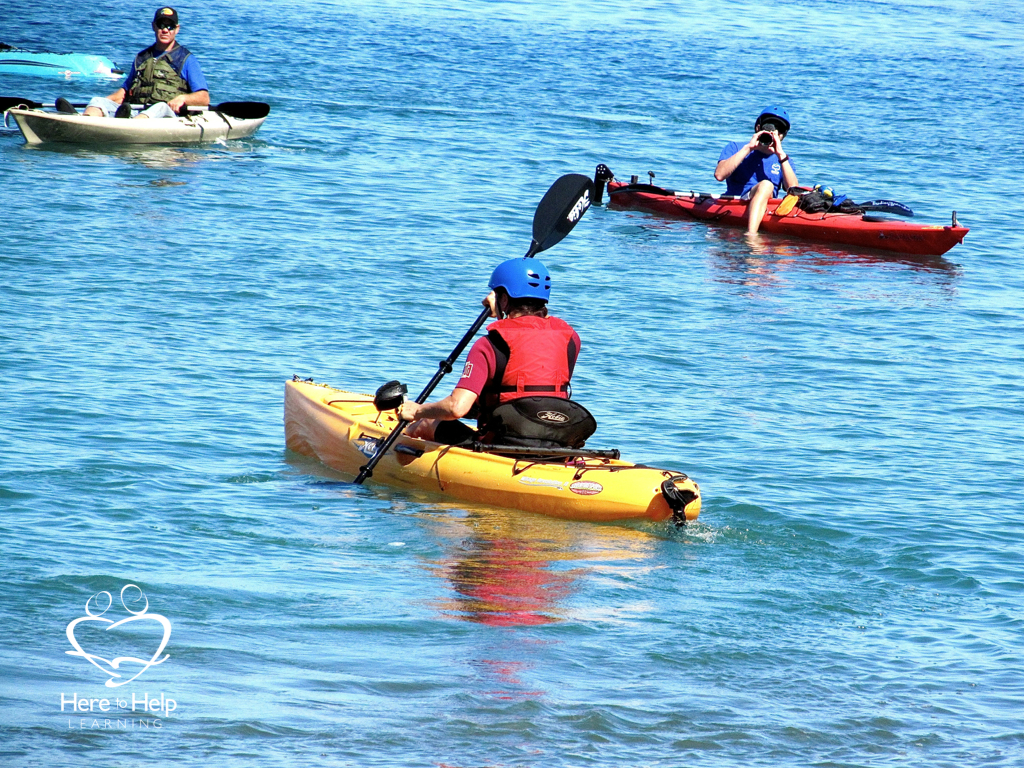 With helmets on and cameras protected, we set out to explore the caves that are are carved in the craggy cliffs. Rich minerals paint the inside of the caves and the sound of rushing waters echoes the wave’s thunder. It was magnificent. We even found a baby seal pup tucked in the nook of a boulder. Another unexpected filming blessing that I will write into the final script! 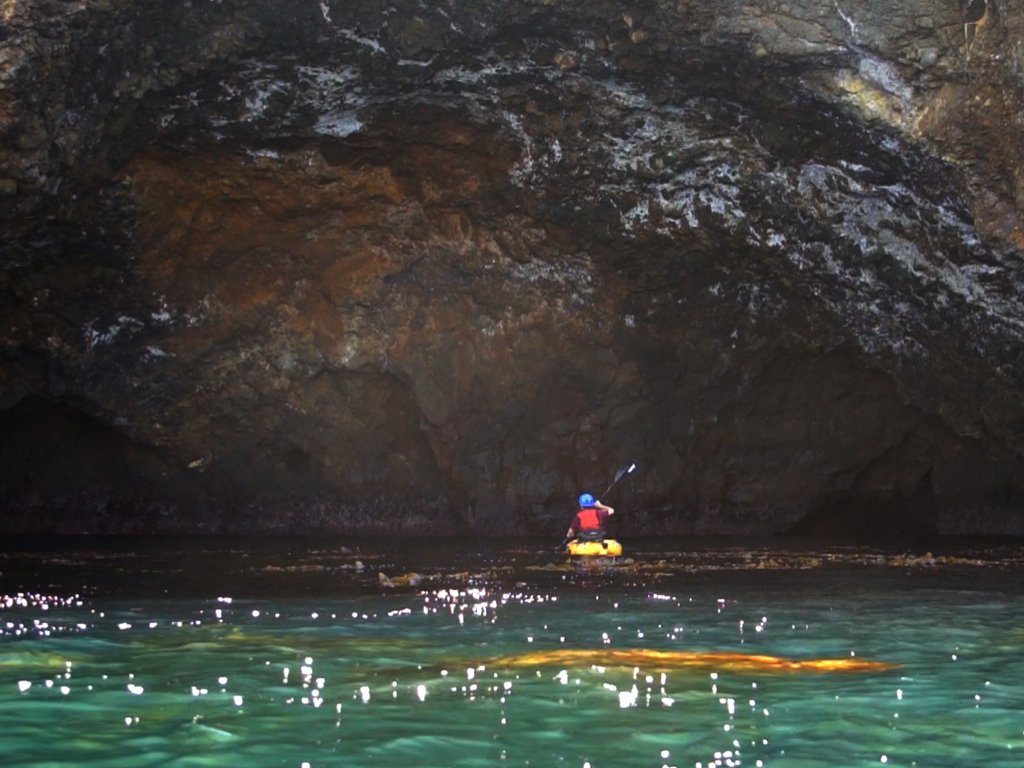 Back at camp, this little fellow, the island fox (Found no where else in the world!) is described in Island of the Blue Dolphins as a little thief. His reputation is valid. He stole a Nutri-Grain bar, half a loaf of Italian bread, and…..my lipstick. I hope my lipstick color complements his fur! 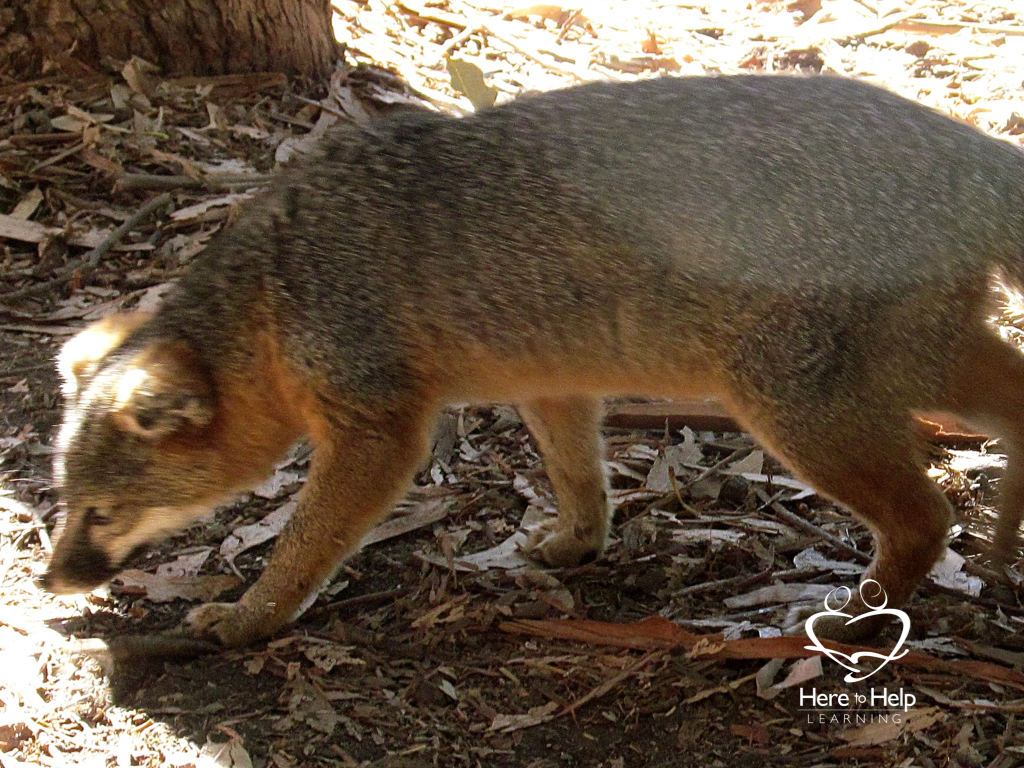 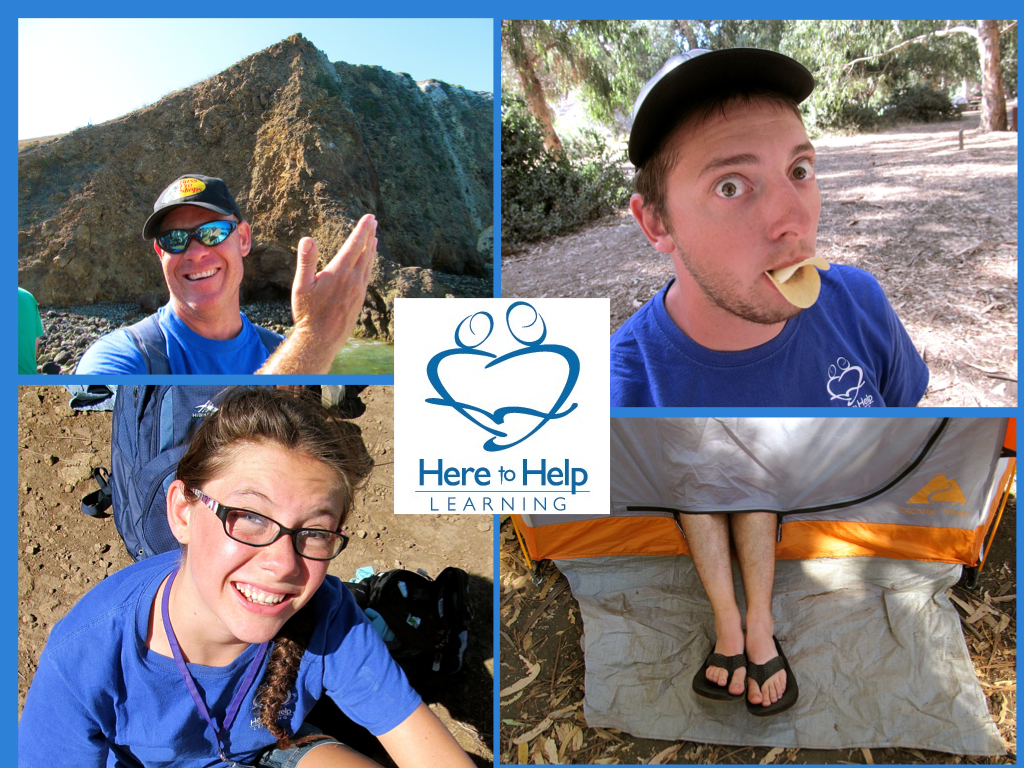 DAY 3: We hiked to the top of Santa Cruz Island (2,500 feet), with cameras in hand. We made lots of stops to take in the beauty and film along the way. 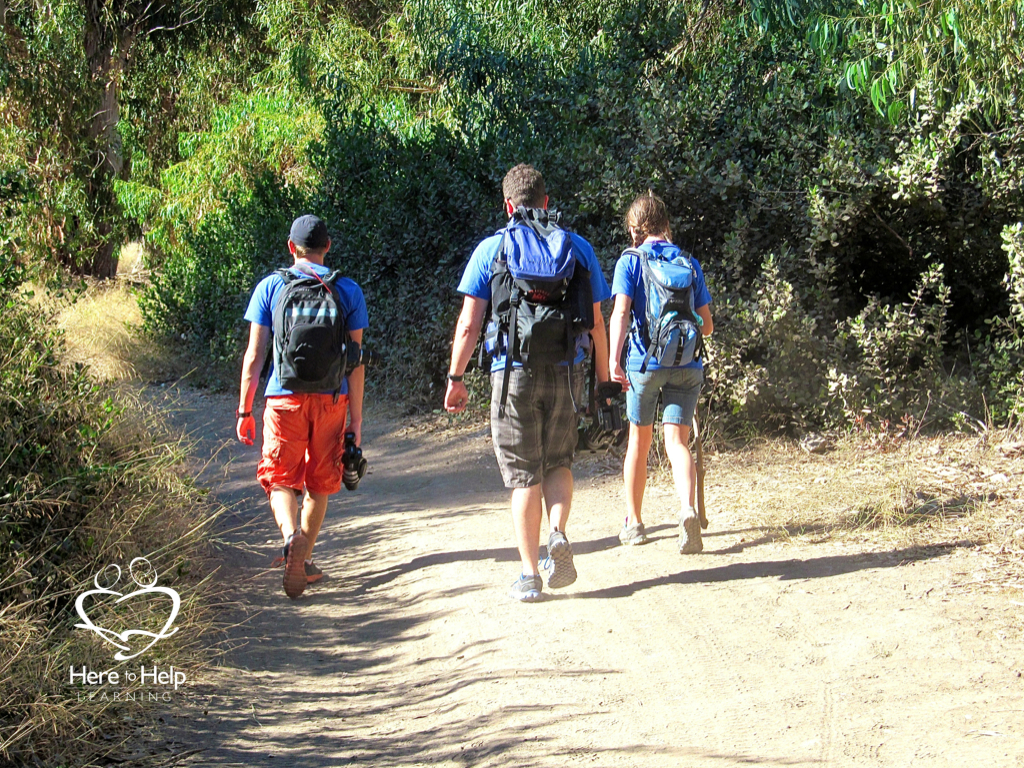 At the top, the panorama view is beautiful! We paused for a quick script check to make sure we didn’t fail to capture something on our list. 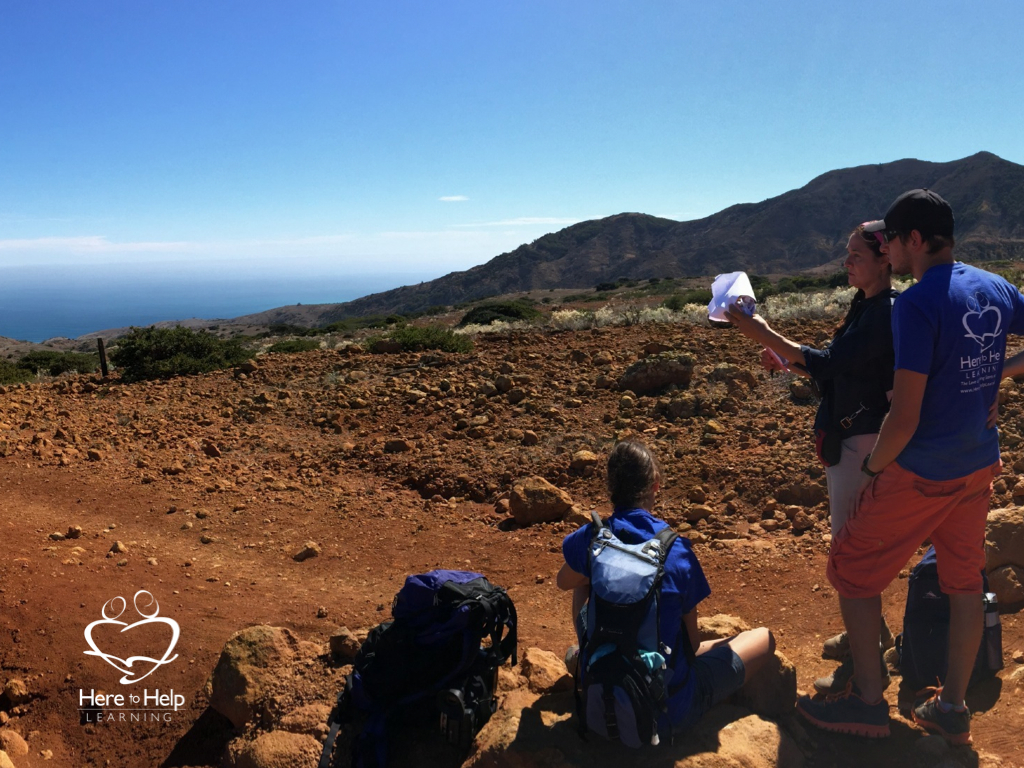 We hiked down the trail back to our camp and picked up four of “Mrs. Mora’s” outfits. We spent the afternoon filming the lesson portion of the scripts. 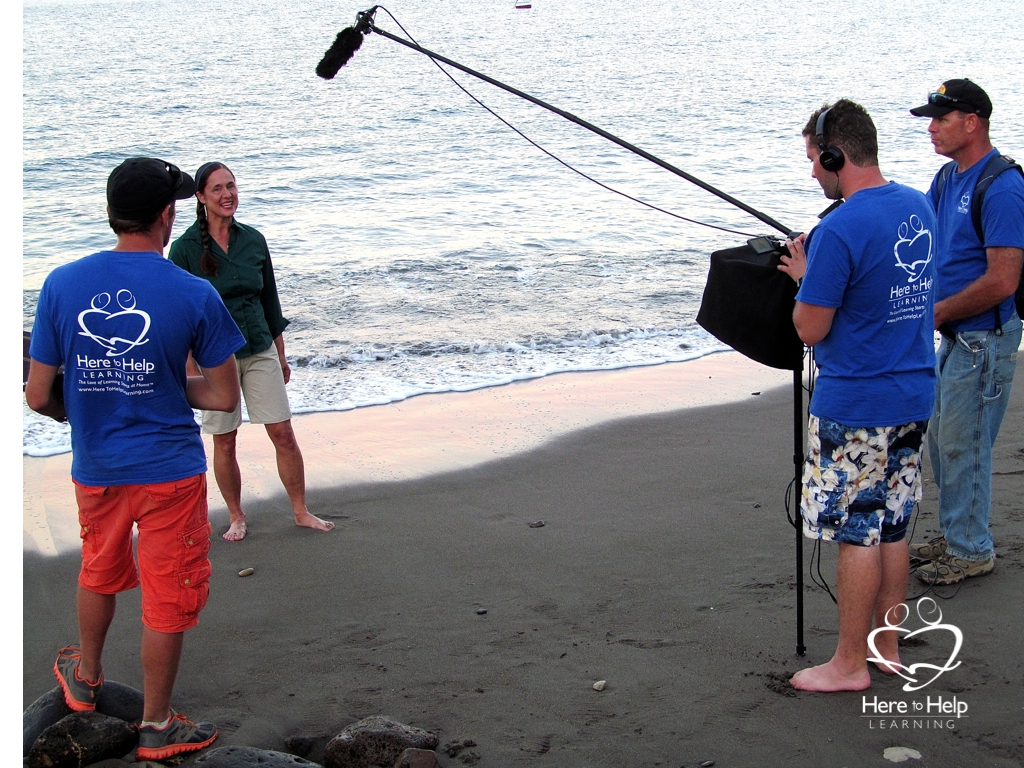 After dinner, we walked to the beachhead and were blessed with a spectacular view of a full moon illuminating the outlying islands and the California mainland. The beauty of this moment was overwhelming! 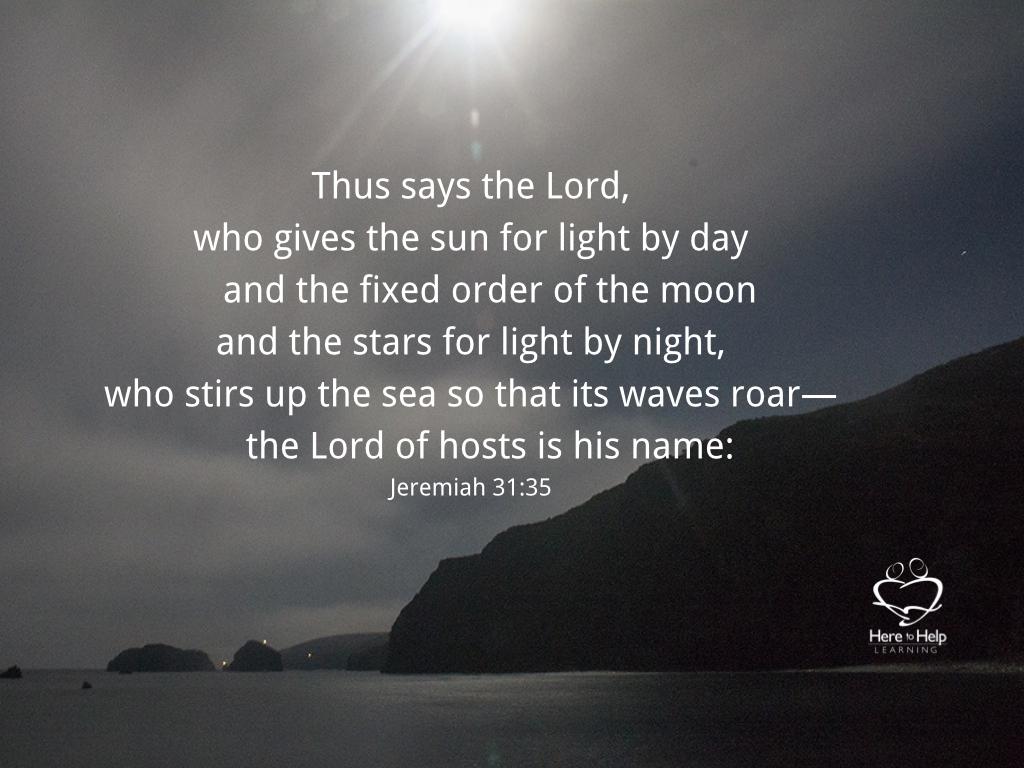 Day 4: It’s under the sea time! We took our cameras under the sea to capture three distinct marine habitats, the sand-flats, rocky reefs, and the amazing kelp forests. Yes, this is my “snorkel smile”! 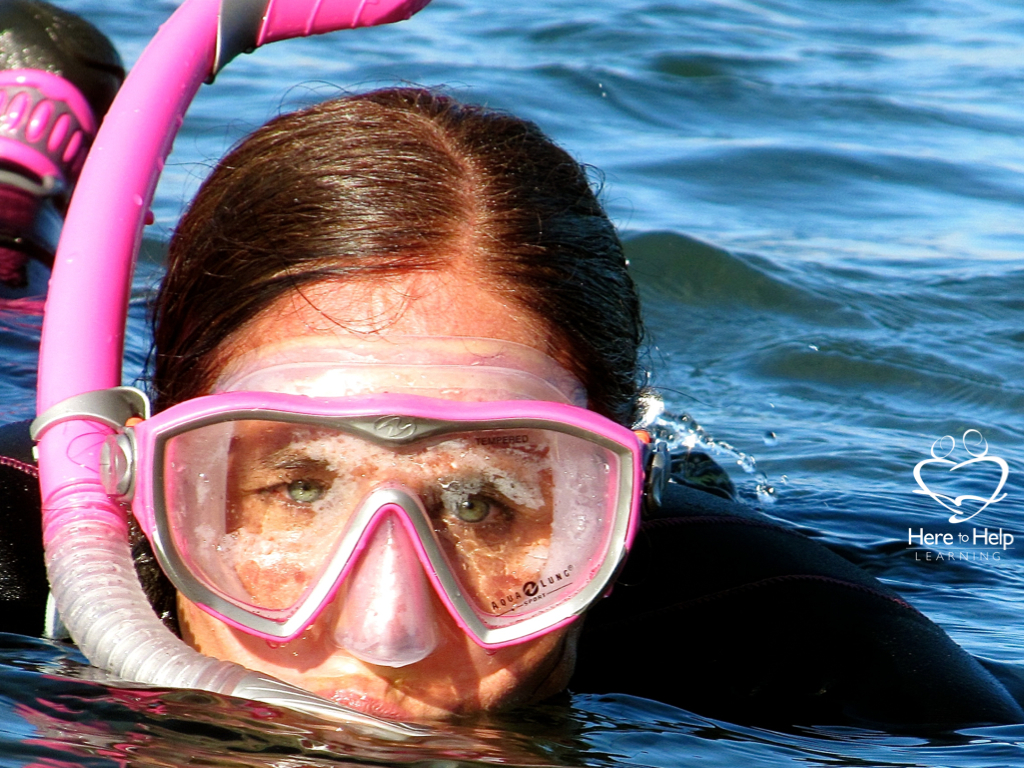 Josh followed this guy through the sand-flats until he left us in the dust. 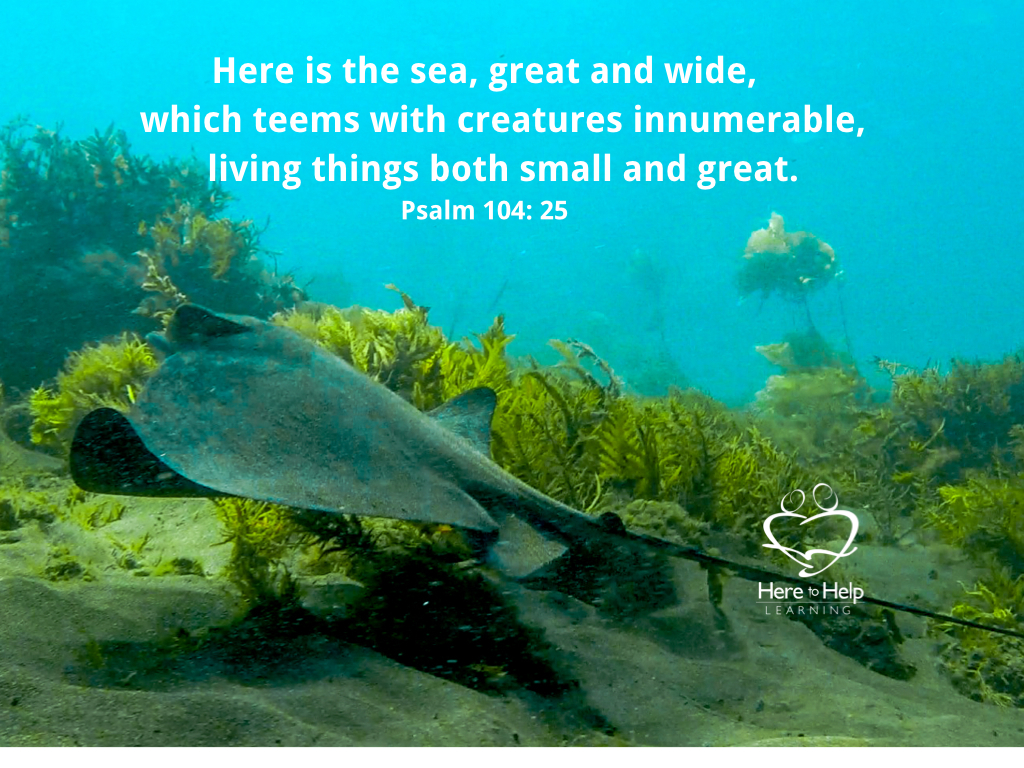 Filming underwater was a new experience for me. I loved every moment, and I didn’t want it to end! 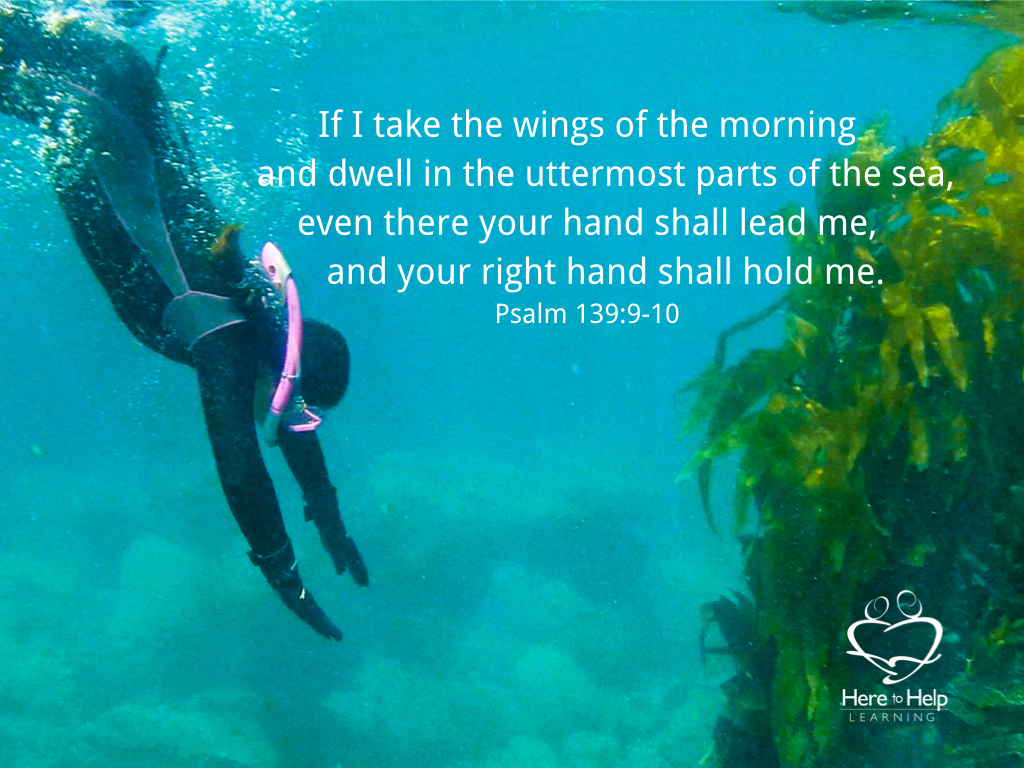 Dancing with the ebb and flow of tide tossed kelp is truly magical! 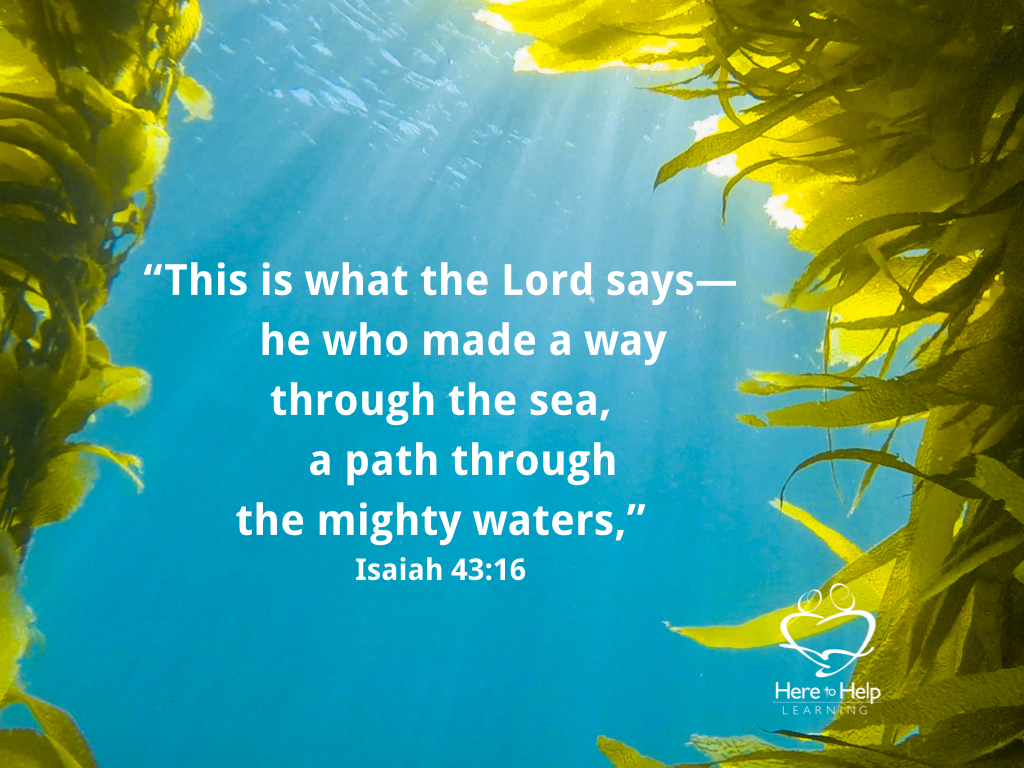 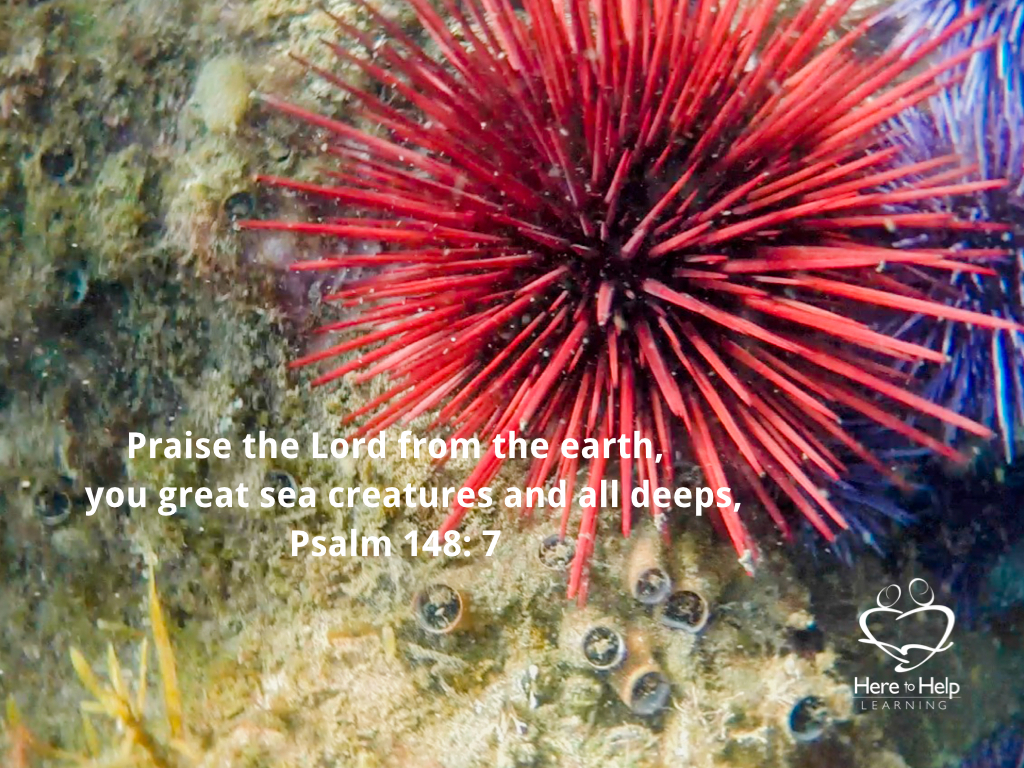 Three days- no showers… we look pretty good! Except… I think the CEN’s need a little sleep and  some internet waves. 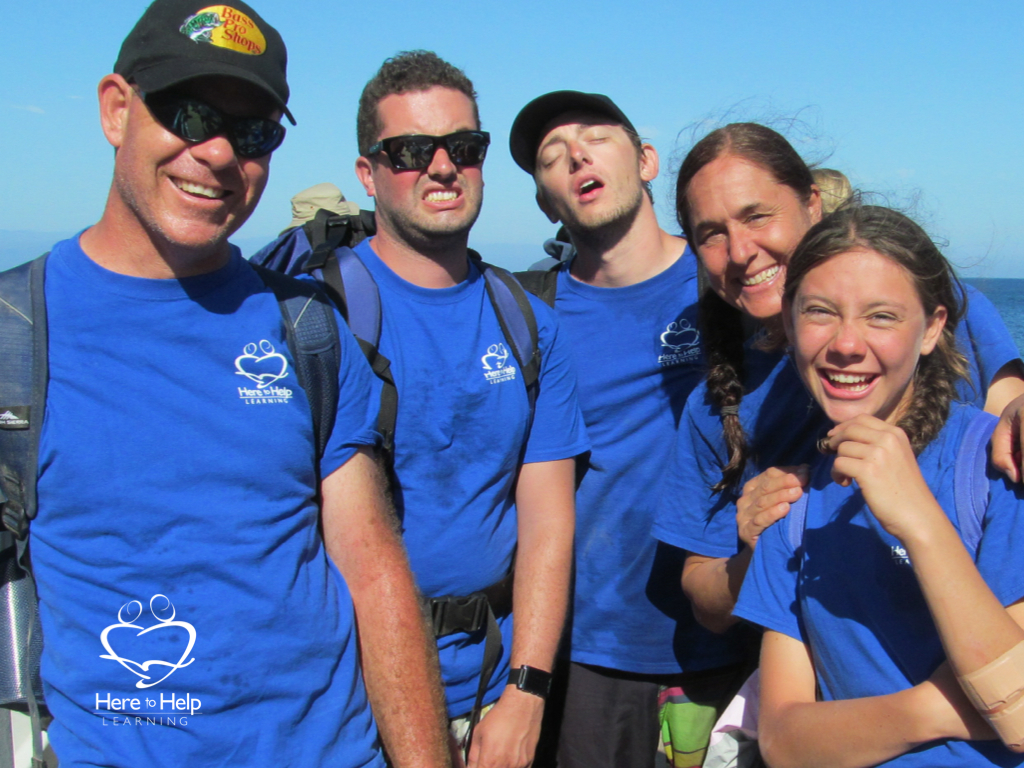 We sped away from the island. Lord, help us to take all the film footage you graciously allowed us to film and use it for your glory. 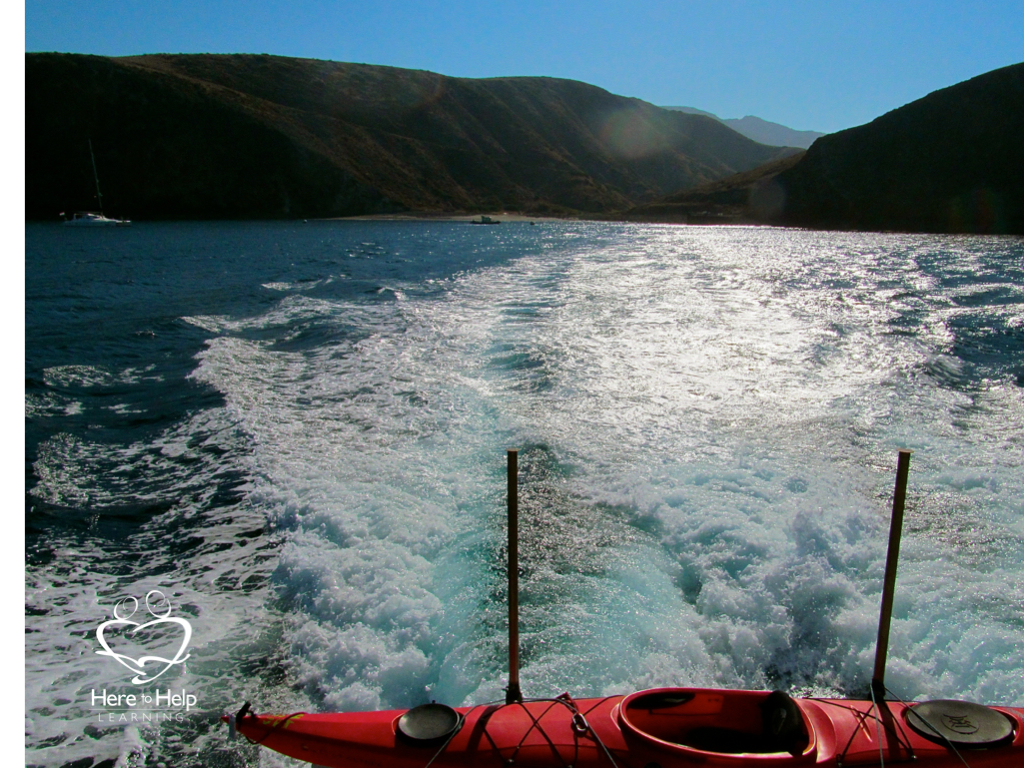 Please pray for us as we continue to film, edit, add graphics, develop worksheets, design maps for this and other literature units! 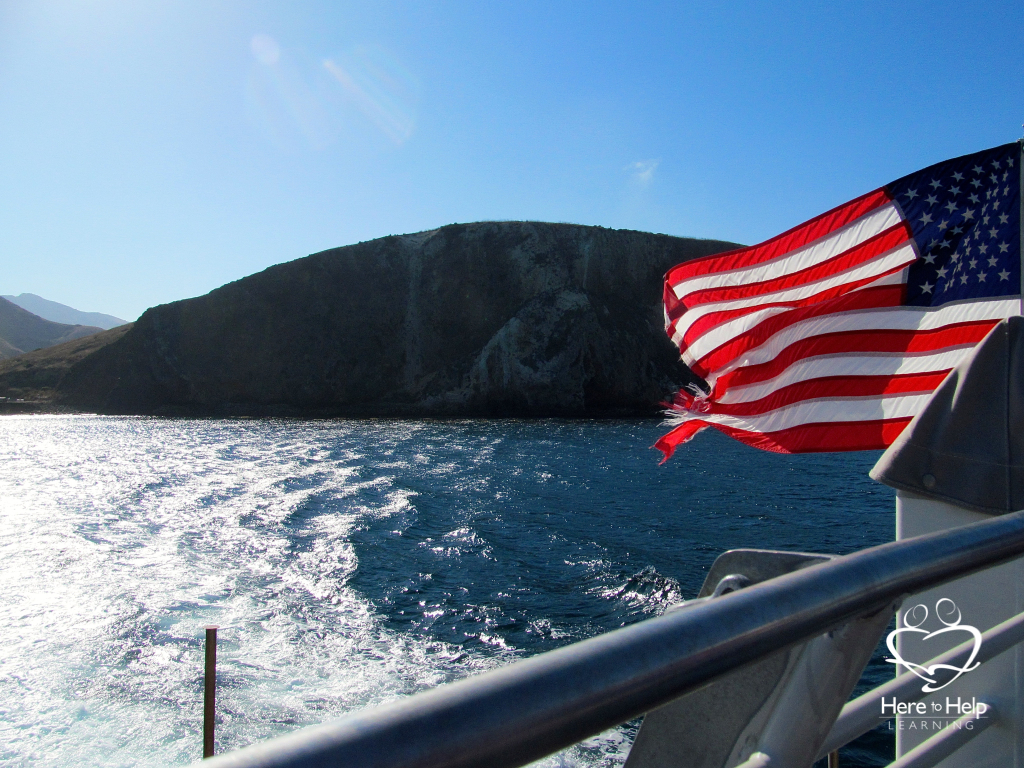 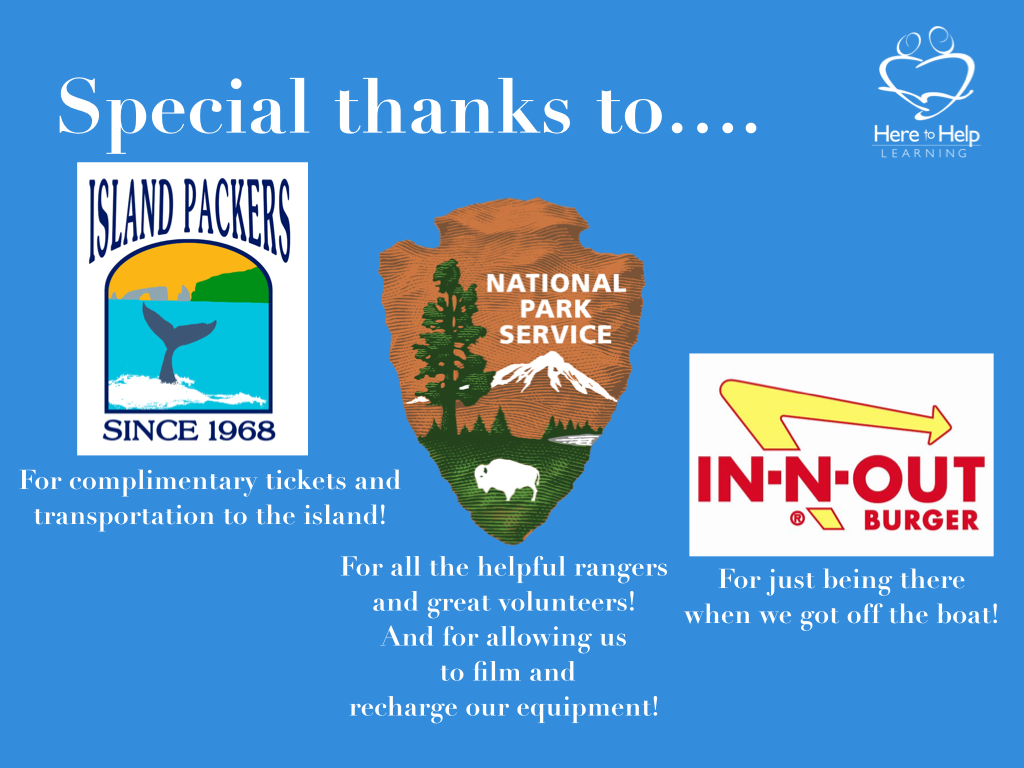 Thanks for joining us on our literature adventure!

PS-Yes, I wore dolphin earrings for the filming! I love you Mrs. Frizzle!

Thanks for spending time with me. Would you take a moment and leave me a note?