Brock Eastman is one of the featured authors in Here to Help Learning’s mini-series, Meet the Authors found in the Write-a-Book project. (Essay Writing Level-Flight 3). On camera, he graciously shares with HTHL students his personal writing tips for traveling through the writing process. 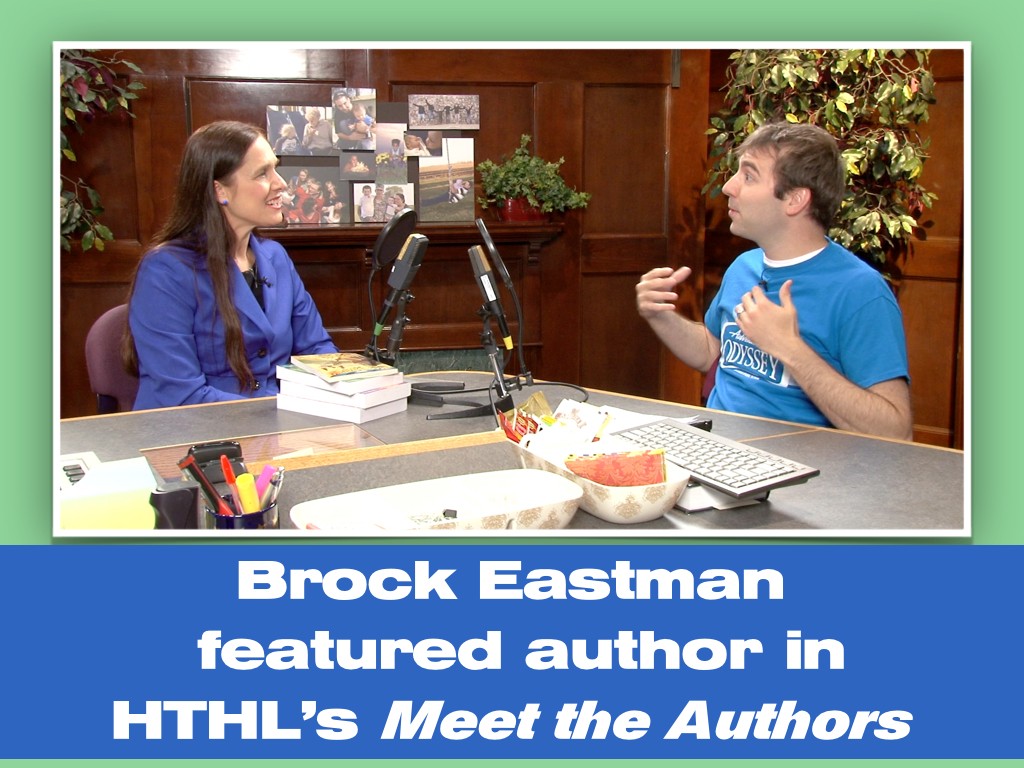 In 2013, I had the pleasure of spending a day with Brock at Focus on the Family. At the time, he was one of the producers of the Adventures in Odyssey (AIO) Radio Program and gave our team a marvelous tour including Whit’s End, the ice cream shop where Mr.Whittaker dishes out Godly wisdom. In our interview, Brock enumerated the ways a story is superbly designed to help change lives. Recently, I have seen lots of posts on social media about his adventures, and this month, I finally caught up with Brock for an interview.

For those of you who don’t know who Brock Eastman is, let me give you a little of his backstory. This guy is a game changer! And God is using his book series, The Quest for Truth to shape the next generation. 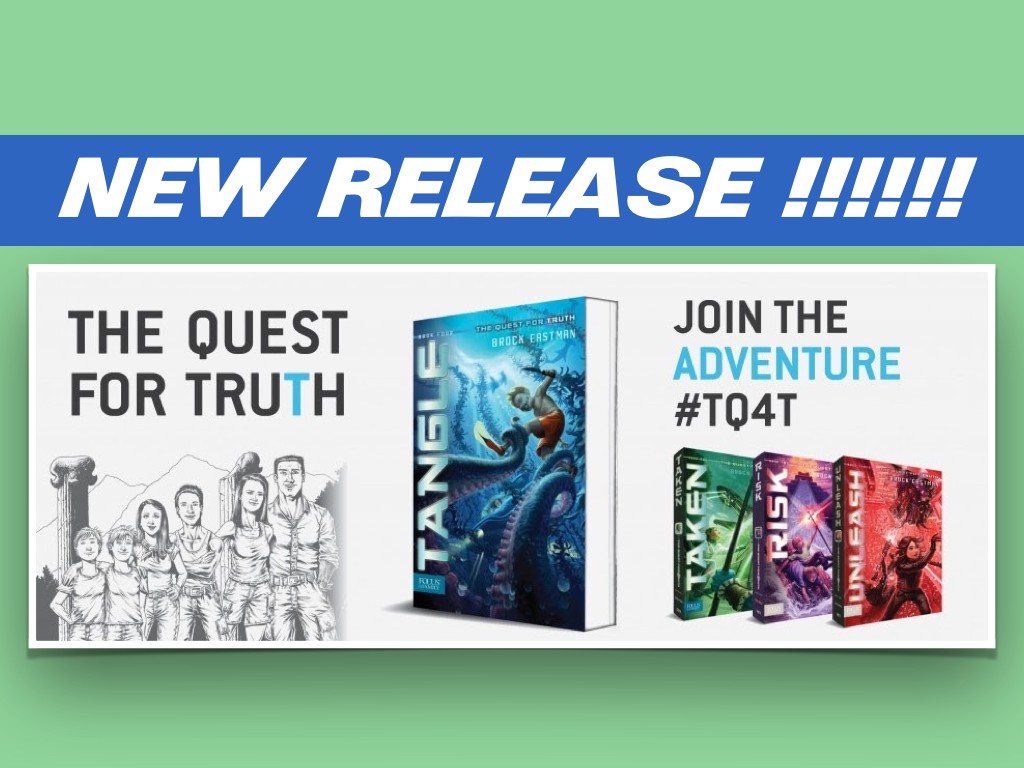 It’s not often a game-changer unexpectedly comes in and shakes up the status quo by introducing a new or surprising element to the current publishing industry. However, Brock has done just that! Namely, he refused to add one more book to a sea of bazillion juvenile fiction out there making money on less than honorable heroes and repeated senseless scenes of death. 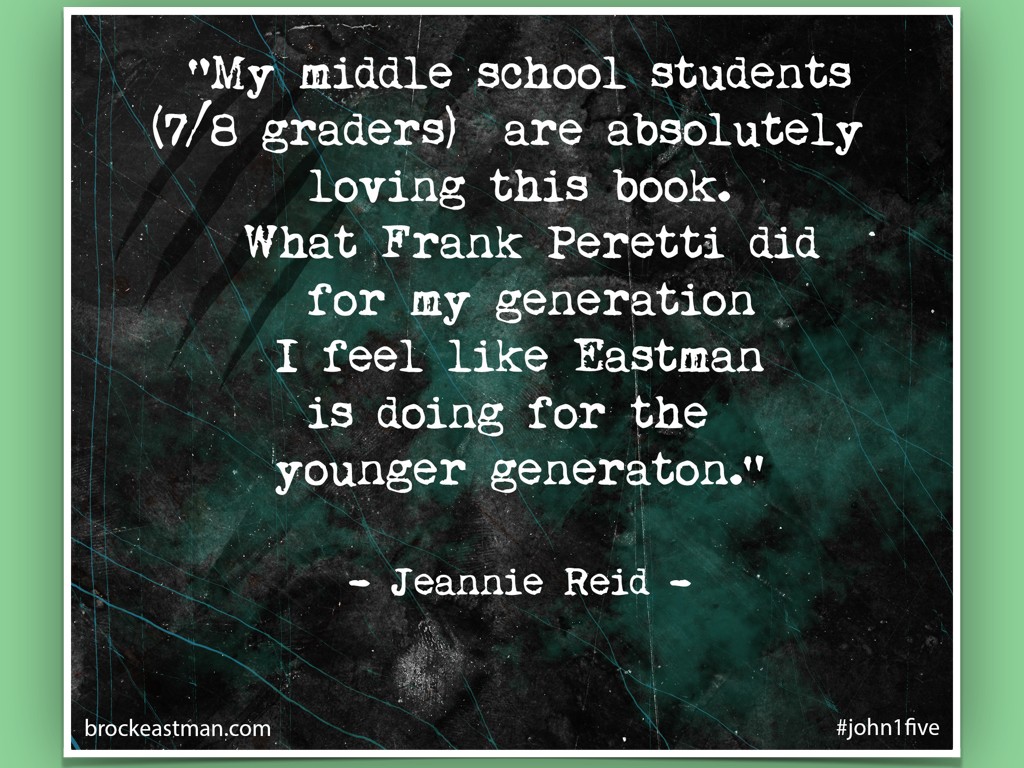 He has brought a fresh new perspective for young readers to grapple with and yet has kept his readers on the edge of their seat page after page. 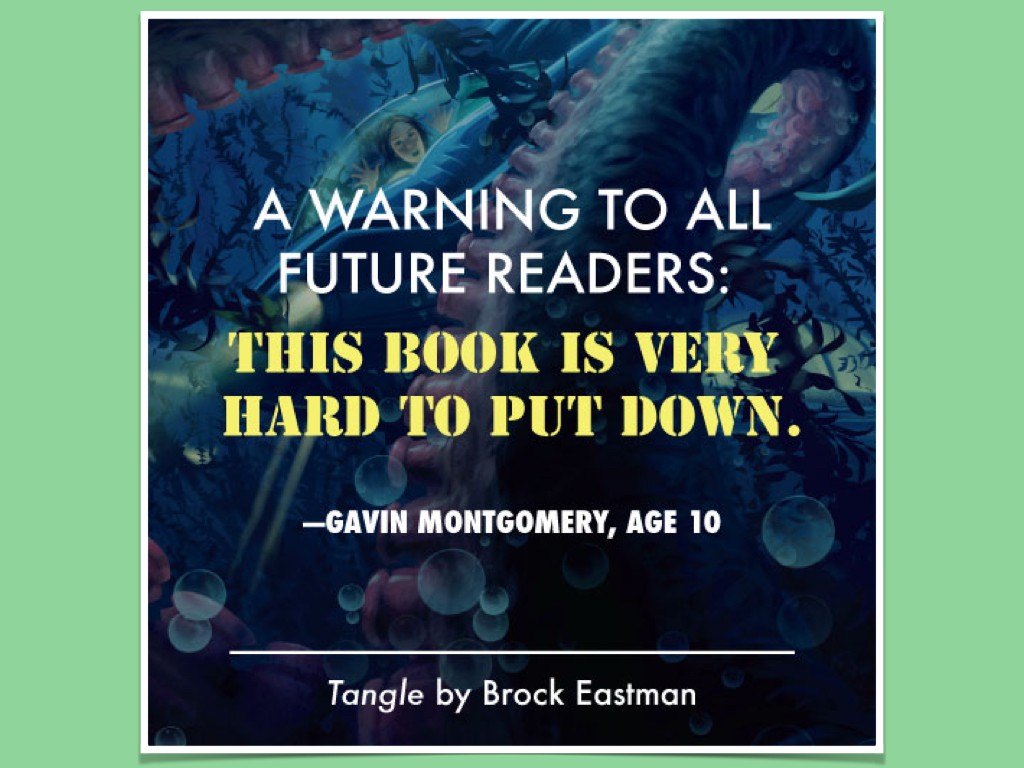 Brock Eastman spent his teen years with his hands glued to his black Sega Genesis controller palling around with little blue friends like Sonic the Hedgehog. Reading and writing took a backseat to his blue video rocking chair with his mind set firmly on the next video game adventure to conquer. Brock was the kid in class who asked the teacher, “How many words do I have to write?” And rather than read an assigned book, he became pretty adept at skim reading, well enough to pass a test.

It wasn’t until college that a pretty lady (who later became his wife) challenged him to a one-on-one reading competition of a lengthy series, the famed hot title of his generation, none other than Harry Potter. It was game on! Brock devoured the series, and as he tells the story, emerged victorious in the competition. His girlfriend, now wife, might have a different appraisal of who came in first and just might bring up the “reading in the bathroom while they were visiting friends” incident. Little did Brock know how this little competitive reading event would change his career.

Of course, Harry Potter is not a Christian series. However, God, the ultimate game-changer, was about to use this series to change Brock’s game. Brock was bothered by how the author of Harry Potter, justified the character’s unethical decisions to triumph over evil. Brock was also deeply concerned that repeated scenes depicting death happened without explanation or consequences. Brock desired something different.

He began writing to correct these misrepresentations and give his readers honorable heroes. And now, the young boy who once was only interested in satisfying his teacher’s word count for a writing assignment just completed and released book #4 in The Quest for Truth Series and book #5 will soon follow! Eastman is also the author of an Odyssey Imagination Station Book, entitled, Showdown with the Shepherd and other high-octane titles you don’t want to miss.

Brock has also recently teamed up with a new up and coming writer, his young daughter. Together they released the first book in what promises to be a long series that takes place in the imaginative land of Hippopolis. The happy hippos of Hippopolis will take your toddlers on an exciting learning adventure of rhythm and rhyme. 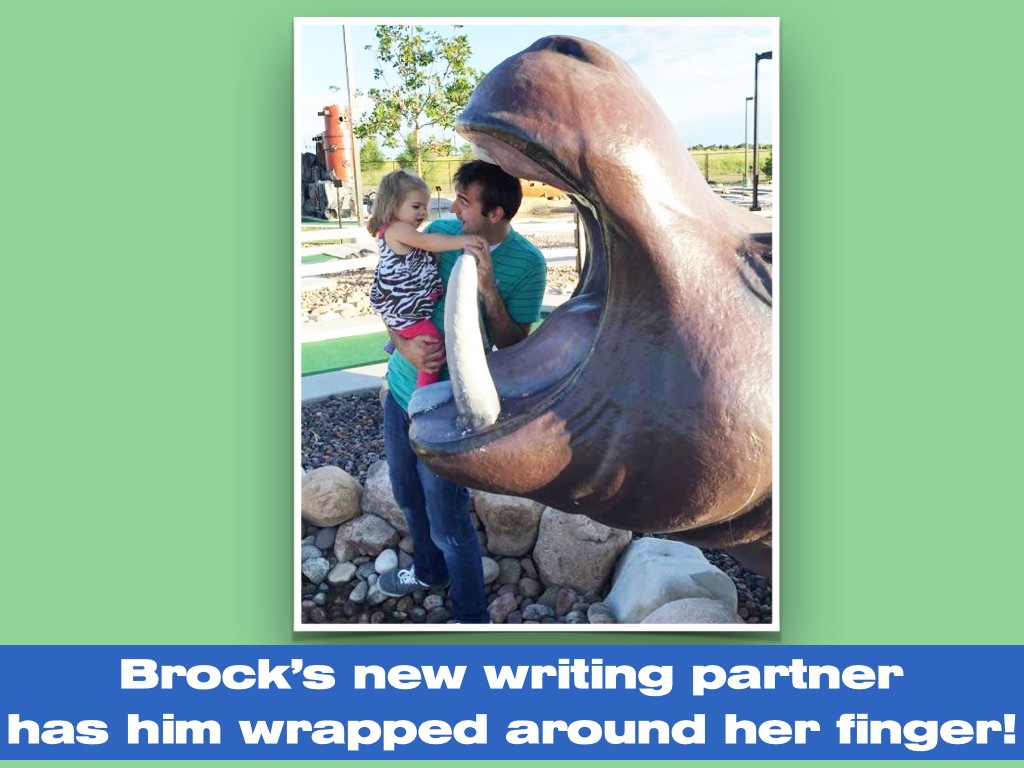 When I interviewed Brock for HTHL back in 2013, he shared a story about his mother taking his dictation to create a book about dinosaurs. I think it’s wonderful that Brock is doing the same for his daughter! I’m sure there will be no end to the stories that take place in Hippopolis! 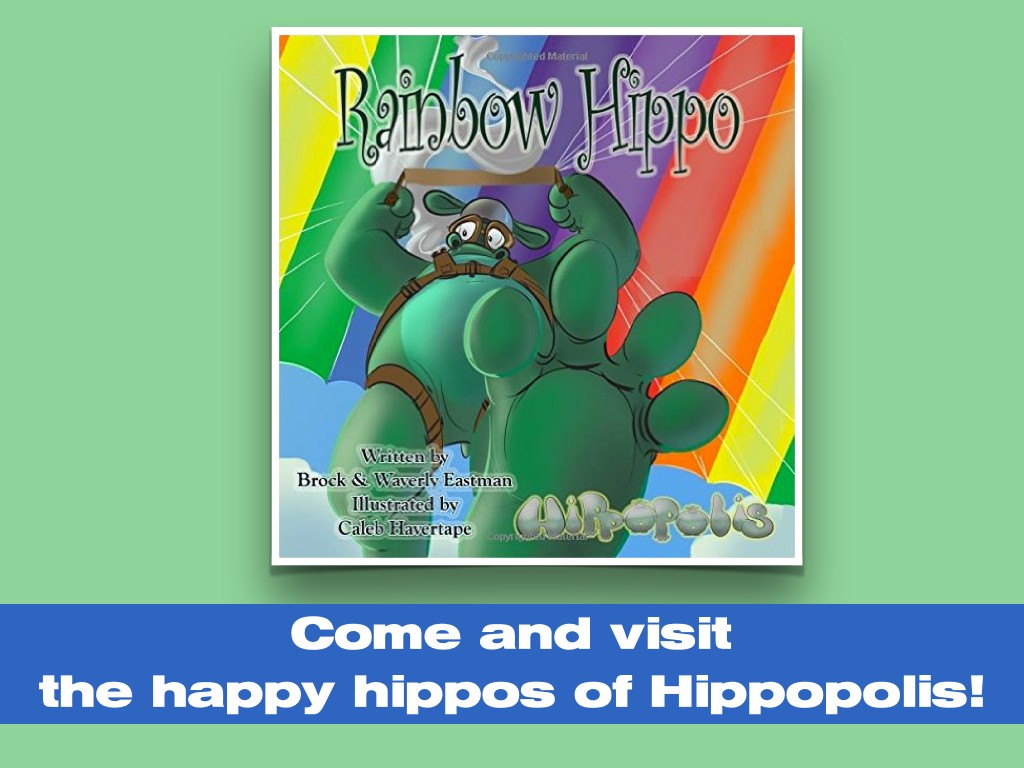 The Power of a Story to Change Lives

Another game changing experience was an opportunity to use the power of story to change lives in a different way than radio drama. Although Eastman would be the first to admit that his job on the Adventures In Odyssey Team was his dream job, another dream was rising to the top of his priority list, his family. Recently, Compassion International and AIO teamed up to tell the stories of missionaries. It was through this enterprise that Brock was offered a job with Compassion, one where he could work from home and be with his family. Presently, he and his team help tell the stories of children who have grown up in Compassion through what is called the Compassion Experience. Eastman said confidently,”It’s a rewarding job! We humans don’t trust very well. I had to listen to God when he said, ‘I am making the most perfect plan for you.’” 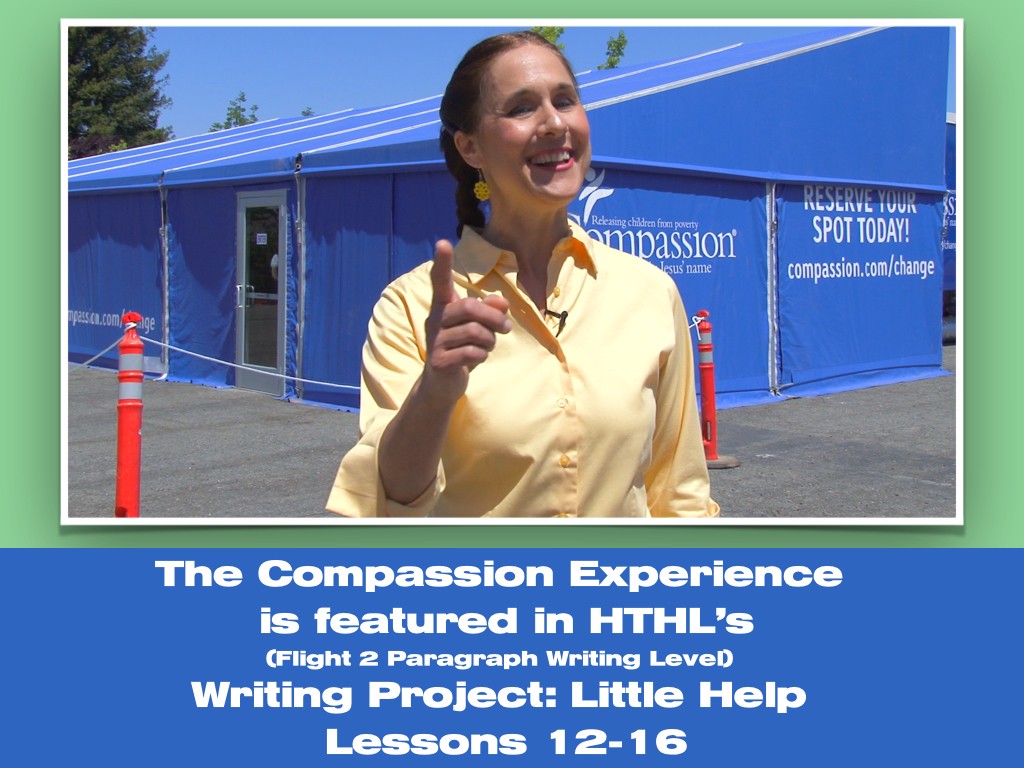 This year, Brock became a homeschool dad! The Eastman family love their new homeschool life! Brock’s enthusiasm to read all the books he missed growing up, and his wife’s background as a teacher propelled their desire to homeschool. “I’m excited to grow deeper together as a family and be part of our children’s education. I love watching my wife thrive in her gifts as a teacher!” said Brock with admiration for his wife. 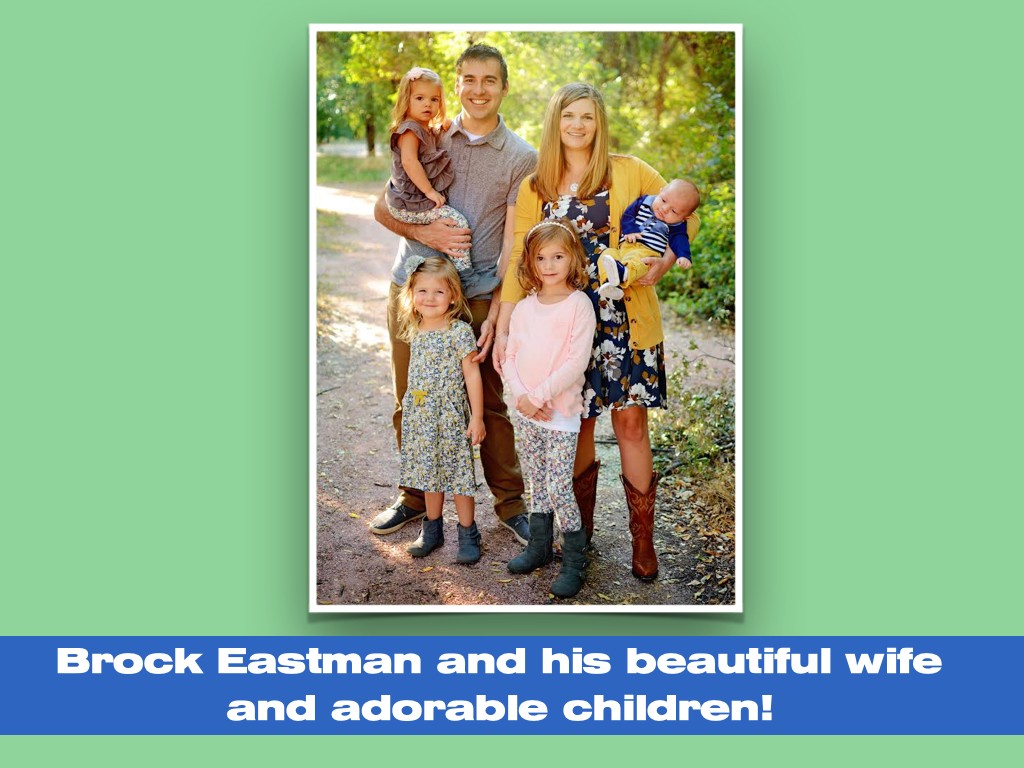 According to Brock? Lots more! He looks forward to being able to continue to write. He says, “I’m always thinking of the next story and tote with me a thumb-drive full of ideas.” He is hoping to get the opportunity to speak and encourage young people to write and to read. But most importantly, he wants to spend more time enjoying his family. Sonic the Hedgehog might have been Brock’s first game of choice, but God, the ultimate game-changer, had a different plan in mind. And it included, as it does for all of us, to be a game-changer for His glory!

Visit Brock’s online store-click here. You’ll find the perfect gifts to inspire young readers. You can even request Brock to autograph a copy!

I loved catching up with the Brock and I hope you did too!